Hello everyone, in the previous topic we were talking about inheritance In Java and types of inheritance supported by Java. Today we are going to talk about the company that has the world’s best-fried chicken i.e KFC.

The full form Of KFC is Kentucky Fried Chicken. It is an American fast-food restaurant chain and is specializes in fried chicken. The headquarter of KFC is in Louisville, Kentucky, United States. KFC is one of the world’s second-largest restaurant chains.

This company is a subsidiary of ‘Yum! Brands, a restaurant company that also owns Pizza Hut and Taco Bell. KFC was founded by Colonel Harland Sanders, he began to sold fried chicken from his roadside restaurant in Corbin, Kentucky, during the Great Depression.

KFC popularized “chicken” in the fast-food industry, diversifying the market by challenging the established dominance of the hamburger. By branding himself as “Colonel Sanders“, Harland became a popular and legendary figure of American cultural history and his image remains prominent in the advertising of KFC.

However, the company’s rapid expansion saw it grow too large for Sanders to manage, and in 1964 he sold the company to a group of investors led by John Y. Brown, Jr. and Jack C. Massey.

Colonel Harland David Sanders the founder of KFC was born in 1890 in Henryville. When the founder of KFC Harland Sanders was six years old, his father passed away and his mother had to start working in a tomato cannery which leave him to cook and take care of his siblings. He had to work as a farmhand at the age of 10. When he was in 7th grade he dropped out of high school and left his home then he started working as a painter. At 16, he faked his age to enlist in the United States army.

After being honorably discharged a year later, he got hired by the railway as a laborer. However, he got fired for fighting with a coworker. While he worked for the railway, he studied law and again he ruined his legal career by getting into another fight. Sanders was forced to move back in with his mom and get a job selling life insurance. And guess what? He again ruined his opportunity and got fired for insubordination.

Later he started working at various places without a proper goal. We must say, all this hardship in life but this guy wouldn’t give up. In 1920, he founded a ferry boat company. Later, he tried cashing in his ferry boat business to create a lamp manufacturing company only to find out that another company already sold a better version of the lamp. The poor guy couldn’t catch a break.

It wasn’t until age 40; he began to serve chicken dishes and other simple meals. A few years later he started a proper restaurant. His pan-fried chicken soon became famous. As he began to advertise his food, an argument with a competitor resulted in a deadly shootout.

Four years later, he bought a motel that burned to the ground along with his restaurant. Yet this determined man rebuilt and ran a new motel until World War II forced him to close it down. Following the war, he tried to franchise his restaurant. His recipe was rejected 1,009 times before anyone accepted it.

Finally, in 1952 he sold his secret recipe Kentucky Fried Chicken for the first time to the operator of one of the city’s largest restaurants. It quickly became a hit. However, the booming restaurant was crippled when an interstate opened nearby so Sanders sold it and started to pursue his dream. The dream is to spread KFC franchises & hire KFC workers all across the country.

He visited restaurants, offered to cook his chicken, and if the owners liked it then he negotiated a franchise right. Sanders didn’t retire at the age of 65. After years of failures and misfortunes, Sanders finally hit it big and KFC expanded internationally.

KFC was one of the first fast-food chains to expand globally opening outlets in Canada, the UK, Mexico, and Jamaica.

The founder Of KFC Harland Sander was not a billionaire, but he lived in comfort for the remainder of his years. Even today, Sanders remains at the center in KFC’s branding and his face still appears in their logo. His goatee, white suit, and western string tie continue to symbolize delicious country-fried chicken all over the world.

The slogan of KFC was originated in 1956 and today KFC is well known for the “finger-lickin’ good” slogan.

The first KFC logo was introduced in 1952 and featured a “Kentucky Fried Chicken” typeface and a logo of Colonel Harland Sanders.] It was redesigned in 1978 and used a similar typeface with a slightly different Sanders logo. In 1991, the Colonel’s face logo was switched from brown to blue ink.

The logo was redesigned in 1997, with a new image of the Colonel. The new Colonel image was more thinly lined, less cartoonish, and a more realistic representation of Sanders.

In 2007, the Colonel logo was updated replacing his white suit with an apron, bolder colors, and a better-defined visage.

The fried chicken is freshly in the KFC outlets using the Colonel secret recipe of 11 herbs and spices. KFC uses real chicken raised on U.S. farms. Its chicken is inspected for quality before it is delivered to KFC kitchens. The chickens of KFC are free of steroids and added hormones. At present, its chicken, and more than 90% of its menu items are free of food dyes.

Sabir Sami is the designated CEO of KFC. He severs as the COO of KFC. He has also worked in various reputed brands like Procter and Gamble, Coca-Cola, Reckitt Benckiser.

So, that is all for today guys see you in our next blog. If you like our article please don’t forget to share with others & follow our Instagram page for your daily dose of Motivation.

What is the full form of KFC?

The full form Of KFC is Kentucky Fried Chicken.

Where is the headquarter of KFC?

The headquarter of KFC is in Louisville, Kentucky, United States.

Who is the founder of KFC?

How many KFC restaurants worldwide?

Who is the designated CEO of KFC?

Mr.Sabir Sami is the designated CEO of KFC.

When and where did Colonel Harland David was born?

Colonel Harland David Sanders the founder of KFC was born in 1890 in Henryville. 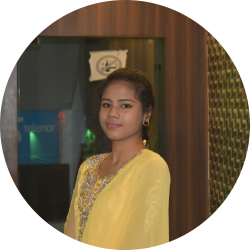 An aspiring MCA student formed an obsession with Computer Science And Coding with HTML, C, C++, Java, and Python now helping others to improve in their studies, grooming and personality traits as well.

1 thought on “Case Study on KFC”

Grooming Urban is a platform whose goal is to share knowledge about Grooming, Management, Coding, Case Studies, Blogging, SEO, Digital Marketing, Finance and more to help you to become better.

What is competency-based job analysis, its key elements, competency mapping, and its applications

We use cookies on our website to give you the most relevant experience by remembering your preferences and repeat visits. By clicking “Accept”, you consent to the use of ALL the cookies.
.
Cookie SettingsAccept
Manage consent

This website uses cookies to improve your experience while you navigate through the website. Out of these, the cookies that are categorized as necessary are stored on your browser as they are essential for the working of basic functionalities of the website. We also use third-party cookies that help us analyze and understand how you use this website. These cookies will be stored in your browser only with your consent. You also have the option to opt-out of these cookies. But opting out of some of these cookies may affect your browsing experience.
Necessary Always Enabled
Necessary cookies are absolutely essential for the website to function properly. These cookies ensure basic functionalities and security features of the website, anonymously.
Functional
Functional cookies help to perform certain functionalities like sharing the content of the website on social media platforms, collect feedbacks, and other third-party features.
Performance
Performance cookies are used to understand and analyze the key performance indexes of the website which helps in delivering a better user experience for the visitors.
Analytics
Analytical cookies are used to understand how visitors interact with the website. These cookies help provide information on metrics the number of visitors, bounce rate, traffic source, etc.
Advertisement
Advertisement cookies are used to provide visitors with relevant ads and marketing campaigns. These cookies track visitors across websites and collect information to provide customized ads.
Others
Other uncategorized cookies are those that are being analyzed and have not been classified into a category as yet.
SAVE & ACCEPT