Hello everyone, in the previous topic we were talking about Centralization and Decentralization. Today we are going to talk about the famous Indian industrialist The Ratan Tata.

Ratan Tata who was born on 28 December 1937 is an Indian industrialist, philanthropist, and a former chairman of Tata Sons. His full name is Ratan Naval Tata.

He was chairman of Tata Group from 1990 to 2002 and again becomes the interim chairman, in February 2017, and continues to head charitable trusts. He is the recipient of two of the highest civilian awards of India, the Padma Vibhushan (2008) and Padma Bhushan (2000).

Though he was born in an affluent household, Ratan Tata had a troubled childhood. His parents, Naval Tata and Sooni Tata separated when he was just 7 years old. Post his parent’s separation, his brother and he were raised by their grandmother Navajbai. He shares a close affinity with his grandmother. The industrialist said that the values in him were instilled by his grandmother only and even now, he leads his life with those values. “Our grandmother taught us to retain dignity at all costs, a value that’s stayed with me until today,” He said in an interview.

He graduated with B.S in Architecture from Cornell University, New York, and furthered his study with an Advanced Management Program at Harvard Business School. He rejected a job offer from IBM after he started working at Tata Steel in 1961 and his first job was to handle the blast furnace and shovel limestone.

By his own admission, Ratan Tata came close to marriage 4 times in his life but backed off each time either due to fear or another reason.

After rejecting a job offer in IBM, Ratan Tata joined Tata Group. He works at Tata Steel Jamshedpur. His first job was to handle the blast furnace and shovel limestone. Though he was graduated from Harvard he didn’t start from a lucrative job he started as a blue-collar and slowly learned everything and climbed up as the Chairman of Tata Sons. He was named as the chairman of Tata & Sons in 1991.

Becoming the Chairman of the Tata Group in 1991, he brought international recognition for the Tata Group. All this was possible through his pragmatic business skills.

When Ratan Tata was an employee at Jamshedpur he went to his bosses with a lot of innovative ideas but he was not heard by them and advised to continue what he was doing. But he didn’t give up and continued with his lateral thinking and when Ratan Tata was raised to the position of Chairman of the Tata Sons he faced many resistances from his experienced company heads but TATA made them resign by setting retirement and giving chance to the younger generation and innovative ideas.

He took the conglomerate to new heights. During Ratan Tata’s tenure of 21 years, revenues grew over 40 times, and profit, over 50 times.

The Tata Group, under his leadership, endowed a scholarship fund of $28 million towards Cornell University to provide aid to undergraduate students from India.

The group also donated Rs 950 million to the Indian Institute of Technology (IIT), Bombay, and created the Tata Center for Technology and Design (TCTD) to further innovation in the engineering sector.

In 1999, Ratan Tata and his team went to Ford to sell their emerging car business and were humiliated by Bill Ford who said, “You do not know anything, why did you start the passenger car division at all.” at that time Ratan Tata just smiles and then nine years later, he got his sweet revenge when he took over Ford’s ace car brands, Jaguar and Land Rover, for half the price. It turned TATA, the largely India- centric group into a global business.

His business empire has touched the land of 95+ countries and Tata is managing 100+ different businesses.

Ratan Tata also believes in keeping up promises and this is the reason, he came up with cars that every Indian could afford i.e. Tata Nano.

He is not included in the world’s richest as he owns most of his shares through trusts and foundations. If all those shares are accounted for, his net worth would be $ 72 billion.

Many people don’t know that Ratan Tata is a trained pilot. He owns a pilot’s license and is often seen flying aircraft owned by the Tata Group. He was also the first Indian to fly the F-16 Falcon in 2007.

Ratan Tata also writes a book named “The Wit & Wisdom of Ratan Tata“. This book is about his journey, his choice, his success, and his failure. A book with short lines and with deep meanings.

If you want to buy this book you can tap on the Buy Now button given below.

He is the recipient of two of the highest civilian awards of India are Padma Vibhushan (2008) and Padma Bhushan (2000).  He was named as Forbes Asian Businessman of the Year in 2005 and was awarded as The Business Leader of the Year by the Asian Awards in 2010. He also became the first Indian to be awarded the Knight Grand Cross of the Order of the British Empire (GBE) since India became a Republic in 1950.

He is a businessman who involves in every walk of the business world and also helps other startups grow and flourish. He has invested his money in companies like Ola, Paytm, Snapdeal, etc.

The 10 popular startups backed by Ratan Tata are-

Paytm is the most popular mobile wallet service in India. It allows users to pay via the app and send money to digital wallets tied into mobile numbers.

This startup secured an undisclosed amount of funding from Ratan Tata in March 2015. With the funding, he also took up the role of an advisor for the company.

Much like Uber, this app allows users to hail a taxi with just a few taps on their smartphone.

The company began operations in 2010 and secured funding from Ratan Tata in July 2015. The chairman emeritus of Tata Sons invested in the company in his personal capacity.

Xiaomi is an electronics company based in Beijing and is best known for its affordable smartphones that are highly popular in India. Although Xiaomi started its operations in China in 2010, it came to India in 2014.  Ratan Tata is the first Indian to buy a stake in Xiaomi. The amount Tata invested in the Chinese tech giant was not disclosed.

Tata bought 256 shares from the e-commerce company’s angel investors, including Kenneth Glass. The news came right after Snandeal tied up with Tata Value.

Zivame was founded in 2011 by Richa Kar and Kapil Karekar. Zivame is an online lingerie selling platform. The startup gained popularity with its quirky campaigns and today, it has become a recognized brand in itself.

Zivame rose a funding from Ratan Tata in September 2015. However, other details about the investment weren’t disclosed. Later, the company reportedly said that it planned on using the money to develop technology and strengthen its customer base.

Urban Ladder is a popular furniture selling platform based in Bengaluru. It is currently present in 12 cities around India. The online furniture retailer secured funding from Ratan Tata in November 2015.

After Snapdeal, it was Tata’s second personal investment in an e-commerce firm. Like most of his other investments, the amount wasn’t disclosed, but Urban Ladder issued a statement saying that Tata’s inputs and guidance would be very valuable for them.

Cashkaro is a website where users can find cashback schemes and coupons. The Gurgaon-based company was founded in 2013 by Swati and Rohan Bhargava and raised an undisclosed amount of funding from Ratan Tata in January 2016.

The company reportedly said that it intended to use the money for building its technology, entering the international markets, as well as for brand awareness, and hiring senior-level talent.

UrbanClap allows users to book services online. These include everything from plumbing to electrical work.

UrbanClap raised an undisclosed amount in funding from Ratan Tata in December 2015.

Lenskart is a popular online retailer that sells eyewear such as sunglasses, eyeglasses, contact lenses, and more. It secured funding from Tata in April 2016. However, an official from the company reportedly said that Tata’s role was more of a mentor/advisor rather than a financial investor.

Cardekho is an online marketplace where users can buy and sell both new and used cars. The business tycoon picked up shares of Jaipur-based GirnarSoft, the parent company of the CarDekho 2 portal. Like most of Tata’s deals, the amount invested by him wasn’t disclosed. That said, it was reported that Tata had bought a minority stake in this.

7 Things which we can learn from the philanthropist Ratan Tata

7 things we can learn from the philanthropist Ratan Tata are-

So, that is all for today guys see you in our next blog. If you like our article please don’t forget to share with others & follow our Instagram page for your daily dose of Motivation.

Who is Ratan Tata?

When and which civilian awards of India were received by Ratan Tata?

The highest civilian awards of India were received by Ratan Tata are Padma Vibhushan (2008) and Padma Bhushan (2000).

When Ratan Tata become the chairman of Tata & Sons?

Ratan Tata becomes the chairman of Tata & Sons in 1991.

Which Popular book is written by Ratan Tata?

“The Wit & Wisdom of Ratan Tata” is a book written by Ratan Tata.

Which are the 10 popular startups backed by Ratan Tata?

What are the things we can learn from the philanthropist Ratan Tata?

7 things we can learn from the philanthropist Ratan Tata are-
1. Commitment to society and business ethics
2. More of a doer than a speaker
3. Courage and belief in one’s potential
4. Known for values
5. Live for the country
6. Maintain Quality
7. Do not show off

What was the full name of Ratan Tata?

The full name of Ratan Tata is Ratan Naval Tata. 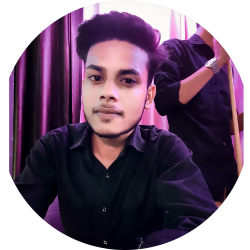 An aspiring MBA student formed an obsession with Management Related Concept, Digital Marketing, Leadership, and Personality Development now helping others to improve in their studies and personality as well.

Grooming Urban is a platform whose goal is to share knowledge about Grooming, Management, Coding, Case Studies, Blogging, SEO, Digital Marketing, Finance and more to help you to become better.

What is competency-based job analysis, its key elements, competency mapping, and its applications

We use cookies on our website to give you the most relevant experience by remembering your preferences and repeat visits. By clicking “Accept”, you consent to the use of ALL the cookies.
.
Cookie SettingsAccept
Manage consent

This website uses cookies to improve your experience while you navigate through the website. Out of these, the cookies that are categorized as necessary are stored on your browser as they are essential for the working of basic functionalities of the website. We also use third-party cookies that help us analyze and understand how you use this website. These cookies will be stored in your browser only with your consent. You also have the option to opt-out of these cookies. But opting out of some of these cookies may affect your browsing experience.
Necessary Always Enabled
Necessary cookies are absolutely essential for the website to function properly. These cookies ensure basic functionalities and security features of the website, anonymously.
Functional
Functional cookies help to perform certain functionalities like sharing the content of the website on social media platforms, collect feedbacks, and other third-party features.
Performance
Performance cookies are used to understand and analyze the key performance indexes of the website which helps in delivering a better user experience for the visitors.
Analytics
Analytical cookies are used to understand how visitors interact with the website. These cookies help provide information on metrics the number of visitors, bounce rate, traffic source, etc.
Advertisement
Advertisement cookies are used to provide visitors with relevant ads and marketing campaigns. These cookies track visitors across websites and collect information to provide customized ads.
Others
Other uncategorized cookies are those that are being analyzed and have not been classified into a category as yet.
SAVE & ACCEPT